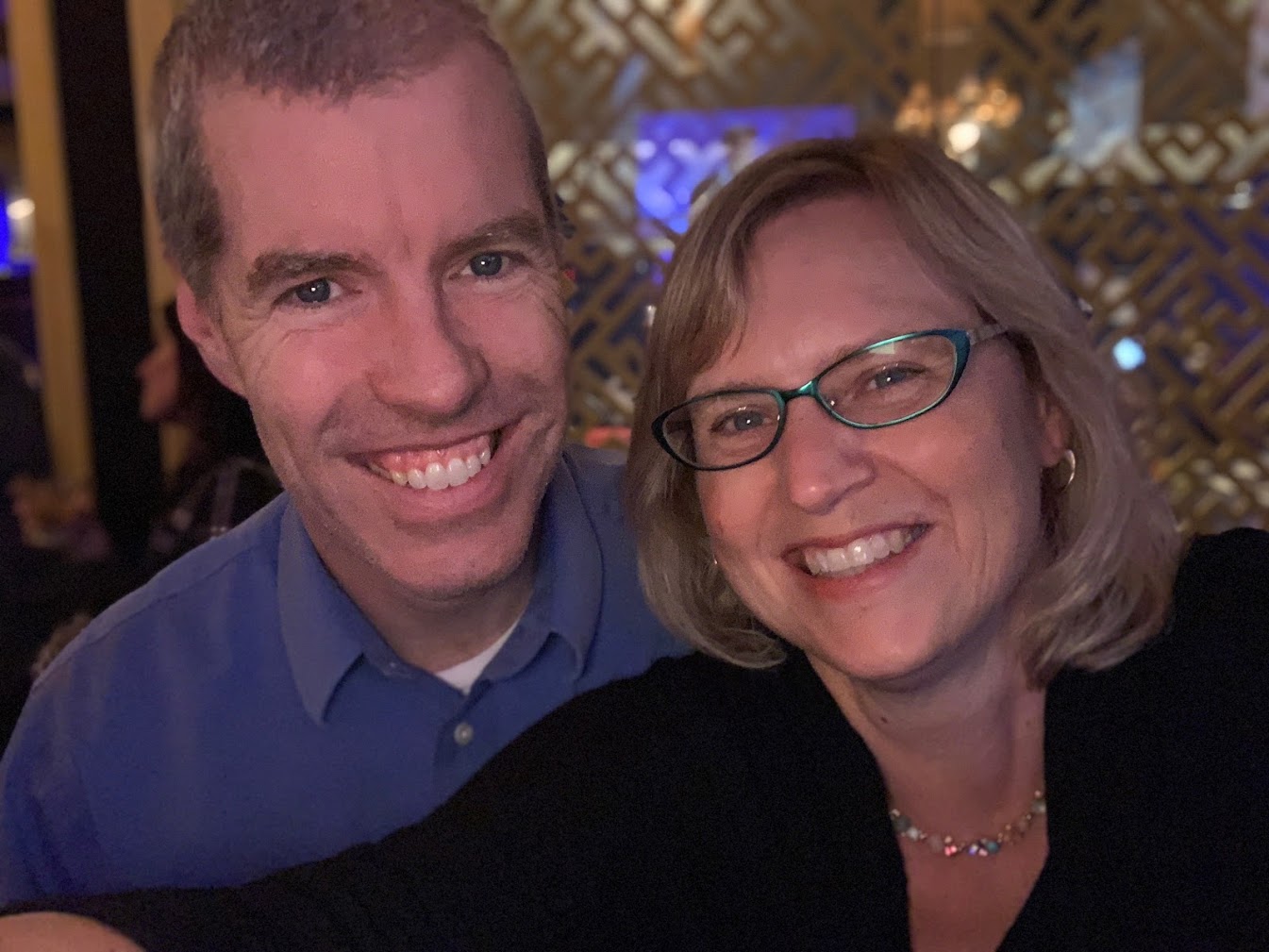 For husband and wife duo Neil and Cristina Heffernan, long car rides can quickly turn into boardroom meetings. As co-founders of ASSISTments, the Heffernans seize every opportunity to discuss innovative ideas. “You never know when we will come up with a new, crazy idea,” says Neil enthusiastically.

What makes the husband-wife team work so well together? Neil and Cristina are able to focus on what they do best. Neil focuses on developing the technical elements of ASSISTments and applying learning science research to the platform. Cristina focuses on all things involving formative assessment. As the manager of user experience, Cristina helps teachers utilize ASSISTments data to inform their teaching strategies.

Before bring Cristina onboard, Neil was responsible with conducting all teacher trainings himself. “Cristina is a much better teacher trainer and math coach! I couldn’t be stopped from stealing the computer mouse from teachers.”

Cristina was raised by a family of educators: both parents were educators, and her aunt served as President for the National Council of Teachers of Mathematics (NCTM). Seeing Cristina’s burgeoning interest in education, Cristina’s aunt sent her the newly minted NCTM Standards as a Christmas gift in 1989!

After becoming interested in teaching, Cristina decided to join the Peace Corps. In this role, she taught middle school math to  classes of 40 students in Gabon Africa. Not only was this Cristina’s first experience in the classroom, she was required to teach completely in French.

Neil’s interested in education began when he was a high school student in Florida. “I got really excited about the magnet and small school movement, and started attending conferences about it. I know it sounds weird, a high school kid obsessed with school reform!” This got Neil thinking about alternative schooling methods, such as homeschooling and small schools.

In his time at Amherst College, Neil’s passion for education developed. Neil joined the organization Students for Educational Equality as a freshman, where he drove vans full of college students into Holyoke to tutor public school students.

Enrolling in Teach for America, Neil did his first stint as a middle school teacher  in an inner city school in Baltimore, MD. To track student progress, he plotted grades as data points on a big chart. While carrying out this time-consuming task, he started to ask himself, how can I get a computer to track this information?

After she returned from the Peace Corps, Cristina earned teaching certificate and also found her way to Baltimore. “I interviewed to be a middle school math teacher, and the principal loved me and said she would find me a spot,” says Cristina. “It turns out that the position she offered me had been given to Neil several weeks before. I ended up taking Neil’s spot! We didn’t figure this out until a year later when we began dating.”

After teaching in Baltimore, Neil decided to do something easier, get a PhD in Computer Science. He moved to Pittsburgh and started at Carnegie Mellon University. Neil wanted to build a computer tutor that mimicked talking to a student. In order to make it real he filmed Cristina tutoring her students and logged her frequently used feedback comments. His cognitive tutor was named Ms. Lindquist, after Cristina.

His next project was  ASSISTments, he wanted to return to the problem he encountered teaching in Baltimore, could a computer system assess students while also assisting them. Cristina was involved unofficially in the project, bouncing ideas back and forth with Neil. While she was working as a part time math coach, part time stay at home mom to their two young sons, Neil started to see the potential for his wife to get on board in a more official role.

Eventually, Neil convinced Cristina to do a few projects with him on ASSISTments. He needed someone who could work with teachers, build good feedback and create their math skill map. “While writing a grant to fund PhDs to do educational research and get involved in the classroom, I sweet-talked Cristina to sign on.”  Cristina now serves as the Executive Director for the ASSISTments Foundation, which currently hosts 60,000 students and their teachers.

Neil and Cristina take any opportunity available to discuss developments to the ASSISTments platform. These innovation sessions take place at the breakfast table, on long walks, and of course in the car. The Heffernans developed the concept and design of the Item Report on a car ride to Cape Cod. This arrangement works well for the Heffernans. Cristina says that she “cannot imagine being married and not working closely on a project. I have no idea what other couples talk about day after day!”

Neil and Cristina are excited about the future of the ASSISTments project, particularly getting more teachers involved. Neil is particularly enthusiastic about the potential for ASSISTments to act as a Wikipedia for teacher content. “Crowdsourcing problems and feedback will help teachers with great ideas to reach as many students as possible,” says Neil.

Cristina is excited to foster a growing community of ASSISTments teachers. “I want teachers to talk to each other about how ASSISTments helps them work with students,” says Cristina.

What is the long-term vision of the ASSISTments project? “I am excited to document how having a tool can support formative assessment practices in classrooms. I also want to keep teachers in charge while giving them technology that helps them stay in touch with their students. ” says Cristina.

The Heffernans, both big fans of podcasts about business and entrepreneurship such as “How I Built This”, are excited to think of themselves as innovators. “We like to think outside of the box about using cool technology in the classroom, while keeping the teachers in charge", says Neil.

The Heffernans will continue to use their enthusiasm to build up the ASSISTments system and empower teachers with data about their students. About possibilities for the future Cristina exclaims,“We will have to see what we come up next!"

Return to the Blog

Starting a new business? Then Unpack is for you!Etiam vitae tortor. Vestibulum ullamcorper mauris at ligula

Thank you! Your submission has been received!
Oops! Something went wrong while submitting the form

Send Us A Message